The Book Of Souls World Tour

Iron Maiden back in concert in Italy! 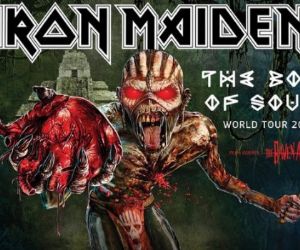 The British heavy metal band, assembled at London in 1975 thanks to the bassist Steve Harris, the Iron Maiden, cames back to Italy. Considered one of the most important band in this genere and with artists like Saxon, Angel Witch, Samson, Def Leppard, Raven and Venom, they are part of New Wave of British Heavy Metal. The Sonisphere Festival announced the Iron Maiden as headliner for the next edition. The Sonishpere Festival Italy will be at Ippodromo delle Capannelle for Rock in Rome.
The Iron Maiden will be in concert with The Book of Souls World Tour, also in Milan and Trieste!
For the Program
'anteprima concerti a Roma