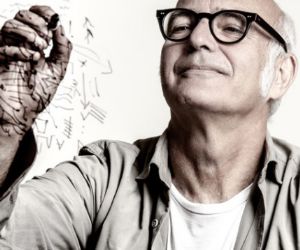 Elements is a disc with even more enthralling and decisive outlines than the previous ones: "Elements is born from a desire to start again, to embark on a new path of knowledge. There were new frontiers - on the edge of what I knew and what I did not know - which I wanted to investigate since a long time: the myths of creation, the periodic table of the elements, the geometric figures of Euclid, the works of Kandinsky, the sound material, but also the colors, the blades of grass in a wild meadow, the shapes of the landscape. For months I wandered in a seemingly chaotic mix of images, thoughts and feelings, then, everything has gradually blended into a dance, as if all the elements were part of one world, and I was too" That's Elements.
If it were not music it would be a map of thoughts, sometimes clear, sometimes overlapping, points, lines, shapes, fragments of an internal speech that never stops. "

An event of: Luglio suona bene - July sounds good in 2016

For a complete schedule, visit the '[url = http: //www.oggiroma.it/eventi/anteprima-concerti/] preview concerts in Rome [/ url] in the dedicated section.